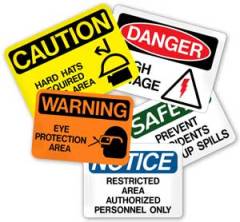 The creation of fragrances that are used in so many products, from fine fragrances to hair care products to scented candles to cleaning products – literally thousands and thousands of products – requires many hundreds and even thousands of different fragrance ingredients.  It isn’t enough to think that creating a scent that smells like oranges or grapefruit or any other recognizable, descriptive scent that we know very well will be safe simply because it smells like things that we KNOW in our life experiences to be safe.  Is it safe if it is all-natural?  As it turns out, it may not be even then.  So how do we handle this potential problem?
We start by grounding ourselves with facts.  First, the most potent toxins known to man are all-natural.  One example: aflatoxin.  Second, regardless of the source (natural OR not) if a single chemical structure is derived from natural sources and it is purified OR if it is made synthetically and it is purified (purified is KEY for both) then the toxicity profile will be the same for each.  Third, an ingredient as described above will usually have an effect on tissue when it is applied at a dosage that is above the “no-effect” level (defined as the effect threshold).  That is: below that concentration level there is no effect; at dosages (concentrations) above that level there is an effect.  Simple?  No, it is not that simple since from organism to organism, especially higher organisms (like you and me) the effects are not exactly the same since the effect threshold will be different for each one of us in almost all cases.
For scent ingredients the biggest safety problem would be acute toxic effects so monitoring for such toxic effects over the centuries has systematically eliminated many if not almost all of these would-be problem ingredients.  After that, the biggest problem is “irritation” of the skin (after irritation of the eyes and other hyper-sensitive tissues) and for that reason scent ingredients are monitored and tested, usually on humans, to determine if the ingredient is an irritant.  If the ingredient is an irritant problem at “elevated” dosage levels then guidelines limiting usage can be established but, unless these items are highly desired and are historically and/or culturally important, they are likely to be banned.  For instance isosafrole, a key ingredient found in root beer is banned from use in fragrances but people still make sassafras tea and drink it.  People will use lemon in their tea but bergaptene-free bergamot  (bergaptene is found in citrus oils but more so in bergamot) must be used in fragrances that are applied to the skin since bergaptene is a phototoxin.  We eat basil that contains basil oil with methyl chavicol, a Proposition 65 (California) carcinogen, but its inclusion in naturally-derived citrus basil blends used in health spas must be labeled to warn that it contains a known California Proposition 65 carcinogen.
So why do we have these inequities?  The FDA is the regulator of record for fragrances and cosmetics but is realistically a “no-show.”  The relevant legislation passed over 75 years ago requires prudent use of ingredients but has no real enforceability.  In its absence and to address an imminent problem the U.S.A. flavor and fragrance industry joined other worldwide industry members to establish IFRA, the International Fragrance Association, and RIFM, the Research Institute for Fragrance Materials.  These two perform a critical role:  RIFM tests AND collects testing results and data from global sources to asses the safety of many thousands of fragrance ingredients; IFRA assesses the data and twice each year can issue Amendments to their guidance on use limits and even the banning of fragrance ingredients.  Additionally they set limits on usage levels in products in 11 categories (to be increased to 22 categories).  Industry members worldwide pay fees to belong to the organization and the directives are followed carefully since a company’s ignoring the data and the guidance of IFRA/RIFM can be legally judged as reckless and endangering to their clients/consumers.
Although following the IFRA/RIFM protocols are an excellent starting point in assuring safety they are not sufficient to assure safety by themselves – more about this critical part of our fragrance (and flavor) world later.
Written by: Jerry Bertrand